Building a saltwater fish aquarium is really exciting, and there are so many different fish species to pick from. However, it is best if you know which saltwater fish are going to be the easiest to care for and which ones may pose challenges.

Damselfish are often recommended to people who have never had saltwater fish before because they are one of the relatively easiest to care for. Damselfish are a small-to-medium size fish with a broad body and usually a forked tail. These fish are a bit hardier than some other species; they aren't so vulnerable for slight temperature or environment changes, which is common with a new saltwater tank or with a newbie saltwater fish owner. The damselfish does require ample food, however, and they don't usually pair well with most other fish because they can be really territorial.

Clownfish have always been a popular saltwater aquarium fish, but after Disney-Pixar released Finding Nemo, the popularity of these fish with their trademark orange and white stripes skyrocketed. As popular as these fish may be, they are considerably harder to care for, partially because they also require there to be healthy anemone in the tank, which can bring about challenges altogether different than caring for the fish itself. The fish will need a stable tank environment, which means ongoing water tests and balancing, and their diet should be relatively consistent for them to be healthy.

Yellow tangs are a gorgeous, brightly colored saltwater fish, and they are actually one of the most popular saltwater aquarium fish because of their ease of care. These fish can be kept in rather large groups as long as you add new fish carefully, and they don't often show aggression, even to other fish species.

Surprisingly, a relative of the yellow tang is the royal blue tang, which is the species of Dory from Finding Nemo. Unfortunately, blue tangs are not so easy to care for and can be incredibly aggressive. Plus, these fish cannot be bred in captivity, which means they are always harvested by capturing them in their natural habitat.

The firefish goby is a relatively small fish with a flashy neon body and unique shape. These fish are easy to feed since they are omnivores, they are non-aggressive to other fish, and they really do stand up well to general tank environment variances.

If you're starting your own aquarium in your home, look into what saltwater fish for sale you can in your area. 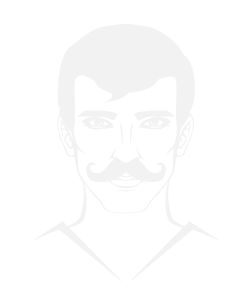 Are you thinking about getting a new dog? Perhaps, your child has been asking for a pet for a long time. Or, you might have recently ended a long-term relationship and suddenly feel lonely. Regardless of why you wish to get a dog, you’ll need to visit a pet store before bringing a new furry friend home. At a retail establishment for pets, you should invest in a collar, leash, bed, bowls, and food for your new dog. Depending on what part of the country you live in, you might also need to buy some booties and sweaters for your canine companion. On this blog, I hope you will discover more of the essentials you need to have before welcoming a dog into your home. Enjoy!